A great space for quiet explorations... also loud ones... at any rate, always a pleasure to play with Jimmy and Dan!
Posted by Sam Byrd at 2:41 PM No comments: 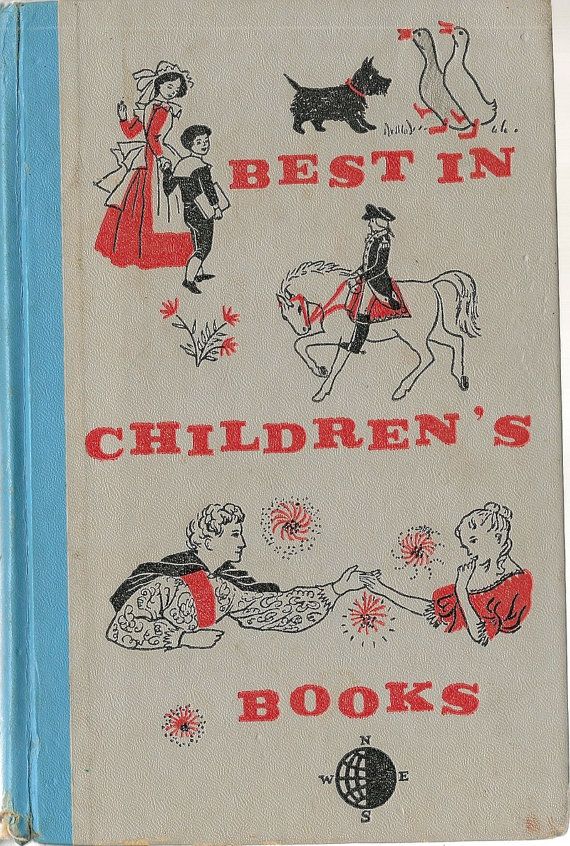 ...any list of “best of X literature” is always going to be a better device for exclusion than for adequately representing anything but the preferences of the gatekeepers. (Aaron Brady, "Best American Poetry Pseudonyms," The New Enquiry) 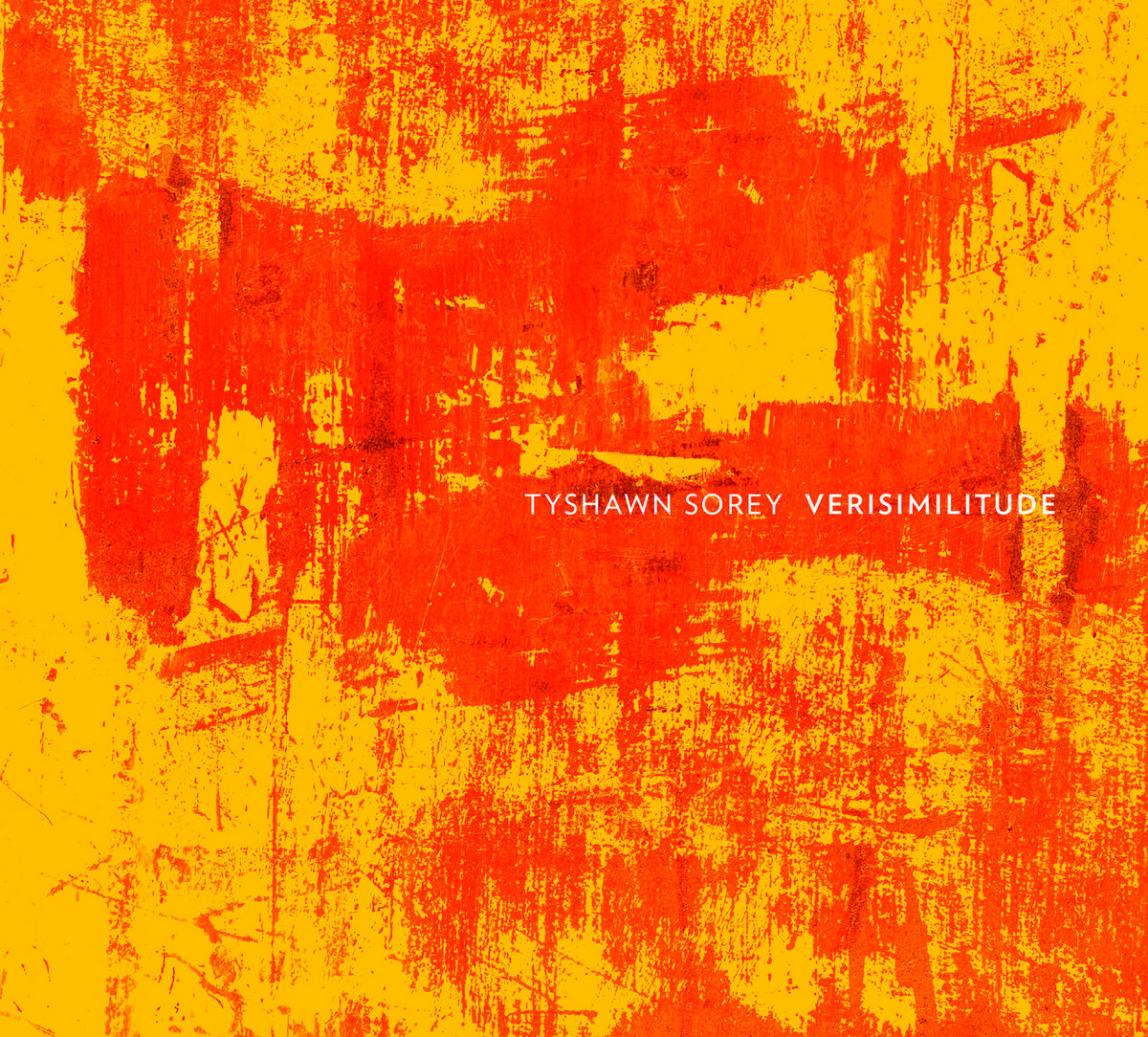 After getting into the amazing drumming of Tyshawn Sorey with artists like Paradoxical Frog, Roscoe Mitchell, and Steve Lehman, I was looking forward to more of same with his latest two releases under his own name, The Inner Spectrum of Variables and Verisimilitude... what I didn't expect was two albums of deeply beautiful compositions that more than anything highlight the sensitive touch and careful fragility of pianist Cory Smythe... I mean, I knew Sorey was also a gifted pianist in his own right, but these pieces are really special... several times during Verisimilitude I was reminded of the slow unfolding of a Morton Feldman composition... probably revealing my ignorance here, since I haven't heard Sorey's earlier solo works... I definitely missed the boat on his earlier recordings, and need to play catch-up (been doing a lot of that lately! It never sends...)... oh well... this is lovely, enchanting music... 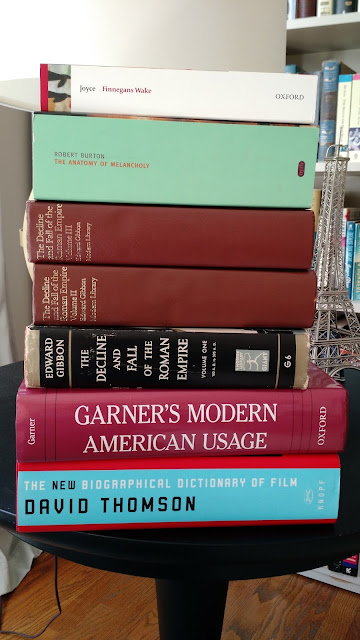 Already scaled Finnegans Wake once.... but once is not enough! 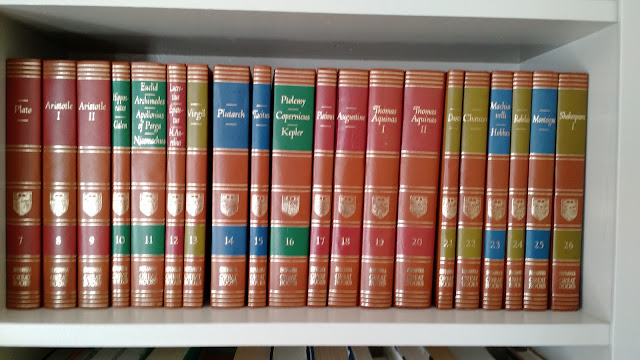 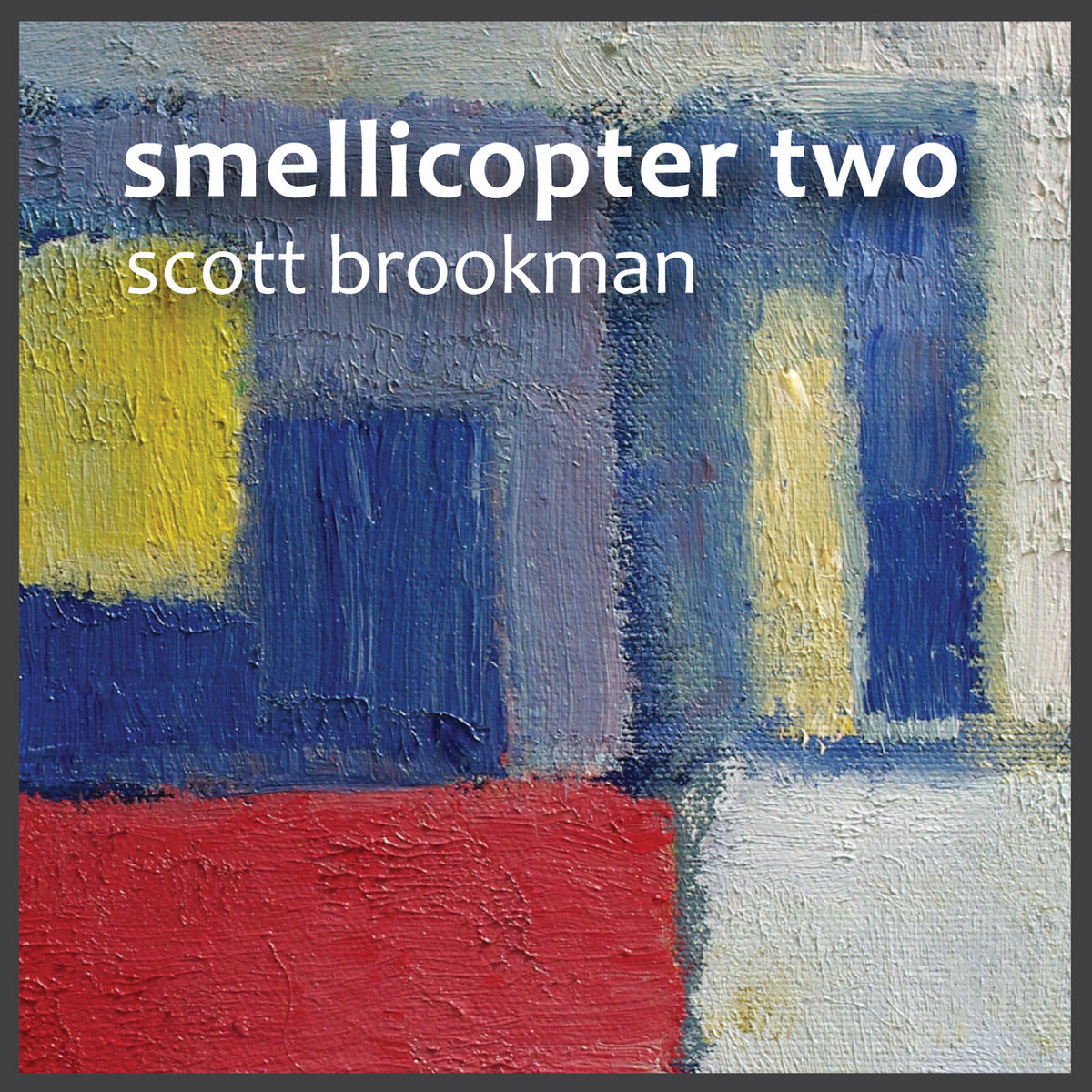 It's a pleasure to hear more sixties-pop-infused (with a touch o' Todd) pop rock from RVA's own Scott Brookman... brilliant, catchy melodies, beautifully produced and just plain charming... check out Smellicopter 2 on Bandcamp... Playing catch-up... have been enjoying Animal Collective's Painting With... maybe not as strong compositionally as Centipede Hz (which I prefer to Merriweather Post Pavilion), but really nice nonetheless... better than most critics would have you believe... One of the best indications of  Henry Threadgill's strength as a composer is just how little difference it made when the personnel of the Sextett changed over the years... from Olu Dara and Craig Harris to Rasul Siddik and Frank Lacy just didn't make that much difference in the overall sound... unlike some other groups, where individual members can really make their mark on how the music develops, with Threadgill I think his compositional focus overrides individual contributions... compare this to Air and New Air, where the difference of the drummer in fact made all the difference in the world... Air was more of an improvisational vehicle for Threadgill than a compositional one... although maybe it's a mistake on my part to think that Threadgill was even the nominal leader of Air... 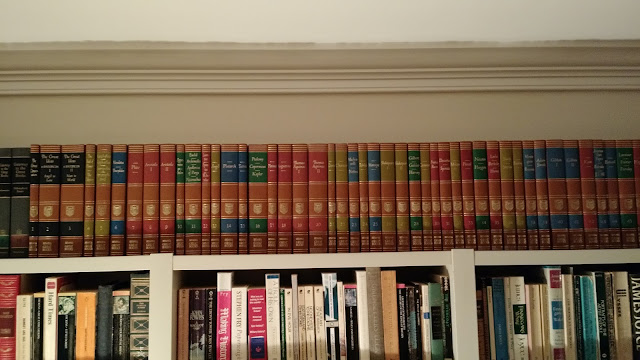 Systematic reading is of little help. Following an official book list (of classics, of literary history, of censored or recommended reading, of library catalogues) may, by chance, throw up a useful name, as long as we bear in mind the motives behind the lists. But the best guides, I believe, are the reader's whims--trust in pleasure and faith in haphazardness--which sometimes lead us into a makeshift state of grace, allowing us to spin gold out of flax. (Alberto Manguel, A Reader on Reading, 2010, pp. 7-8)

The Henry Threadgill sweep continues, this week with a large chunk of early Sextet records, all of which are brilliant... in many ways, these early LPs on the About Time label are my favorite Threadgill recordings (especially Subject to Change)... they share a lot sonically and organizationally with the early David Murray Octet records (which Threadgill played on)... Finally checked out the new remix of the Beatles Live at the Hollywood Bowl album... I guess it's an improvement... at least the crowd sounds are reduced somewhat... and of course it's great to have "You Can't Do That" as a bonus track!... so: why not just release all of the 1964 and 1965 Hollywood Bowl recordings, instead of just recreating an album that George Martin didn't care much for putting together in the first place?

Saddened to hear of Muhal Richard Abram's death... a major inspirational figure for me, both in his playing and composing, and in his stature as a leader and mentor for so, so many musicians, of the AACM and beyond... check out Brian Olewnick's piece on him written last year... Olewnick says: "I doggedly followed along for a good while, however, I think up until "One Line, Two Views" (New World, 1995) at which point I gave up. So I may well have missed some fine music subsequently." Yes, Brian, you did... besides the several live recordings of Muhal trios with Roscoe Mitchell and George Lewis (plus the album Streaming), there were many other recordings of note from the last twenty years: Spectrum, Made in Chicago, Vision Towards Essence, the 2016 Milan quintet date, and the incredible Experimental Band live recording from 2012... after I finish my Threadgill sweep, I'll definitely need to go through all my Muhal recordings... I've been enjoying exploring various Krautrock groups over the past few years... on one hand, I regret not being exposed to the music of Can, Faust, Amon Düül II, Faust, Neu, etc. when it first came out... on the other hand, I probably wasn't ready for it then... I definitely wasn't ready for Sun Ra when I was younger... I'm still learning... 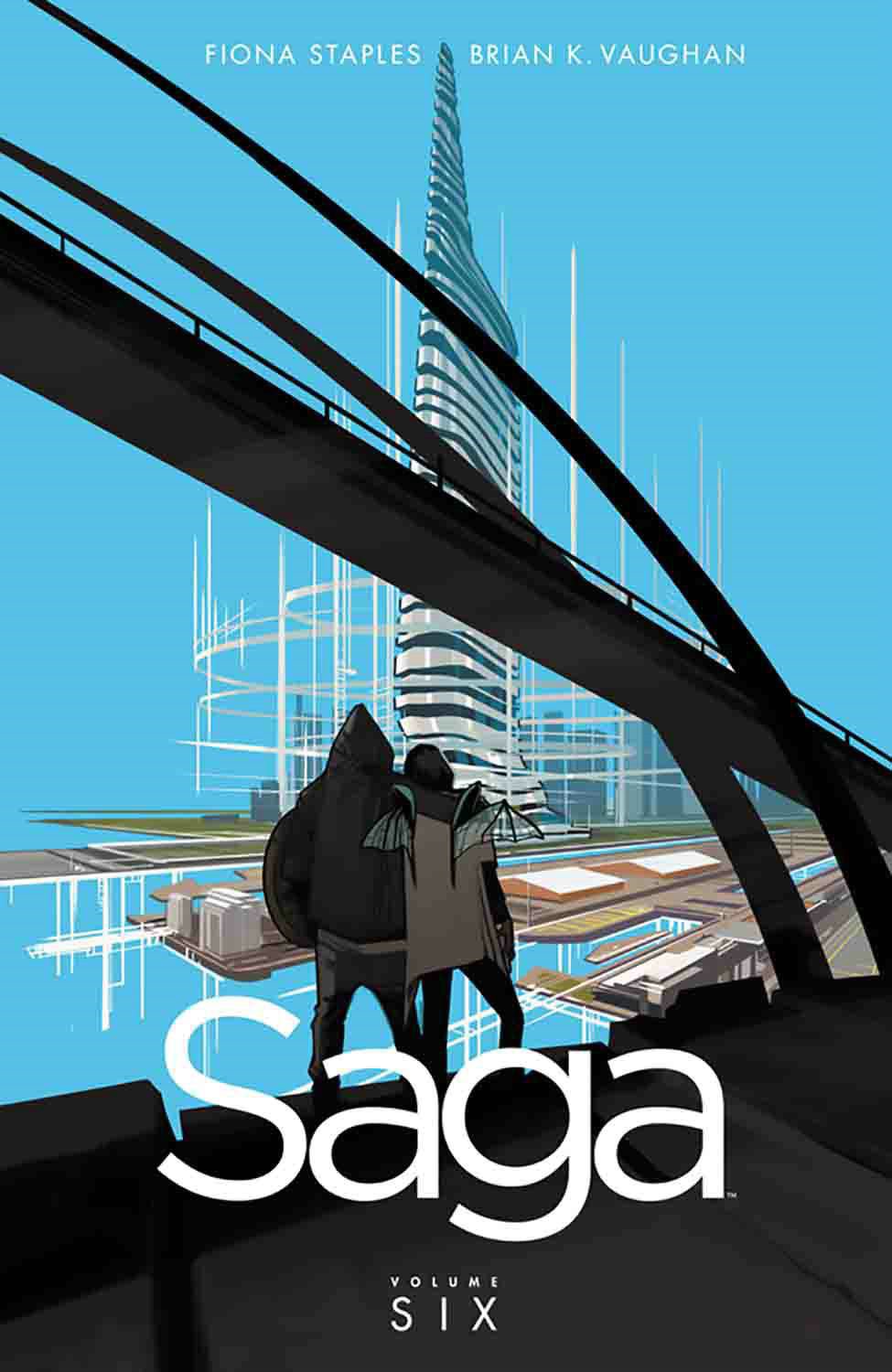 The Experience of Reading

The experience of reading is always the experience of language, even though many readers don’t stop often enough to acknowledge this. We read artfully arranged words that in works of literature create “meaning” only relative to their arrangement, which is not the arrangement to be found in newspaper columns or political speeches. A critic should be sensitive to the particular kind of arrangement—which includes the arrangement into “form”—found in a particular work. Even leaping ahead to “story” or “setting” distorts our actual experience of the work unless we also notice the way the writer has used language to create the illusion of story and the illusion of setting. (Daniel Green, "An interview with literary critic Daniel Green about his new book, Beyond the Blurb" by Edwin Turner, 2016)