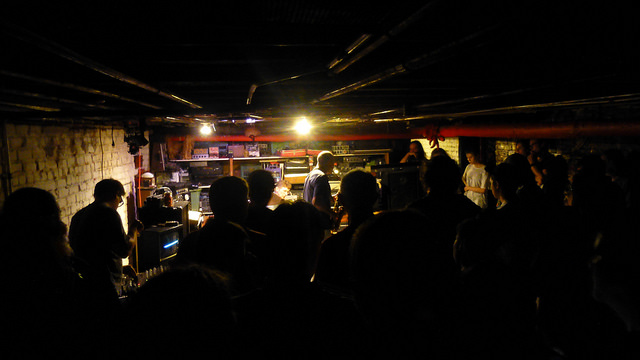 An update on the evening of free jazz and creative improvisation we had a couple of weeks ago: it was a wonderful event. Lots of folks turned out, and a good time was had by all.


And at the end of the night, all the musicians participated in a group improvisation, conducted by Daniel Barbiero:


There were tons of photos taken, both by Barry Long and Gary Rouzer. Here are a few: 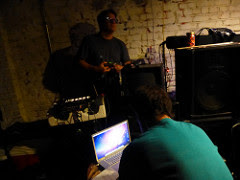 Colla Parte (I was privileged to be asked to sit in!): Perry 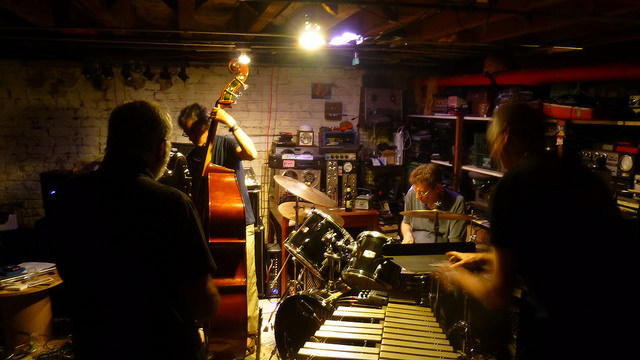 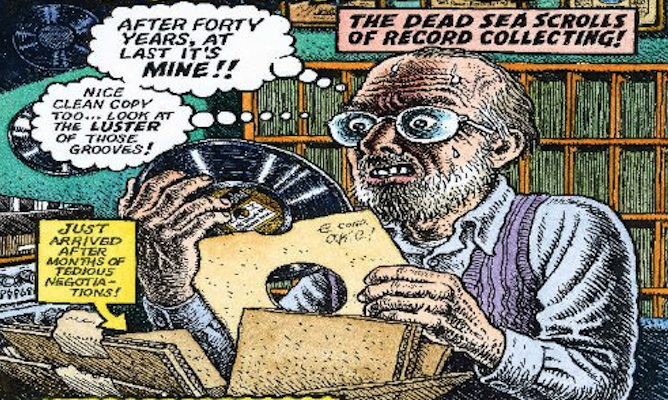 Kudos to Rodger for being profiled in the UK magazine Record Collector Magazine! The magazine doesn't do much online, but you can see all three pages of the feature here, including great photos of some of the rare and special albums Rodger's collected over the years (including one of my favorite albums from years gone by: Touch). Very exciting!
Posted by Sam Byrd at 5:38 PM No comments:

As of Sunday I have gotten through 5 hours and 42 minutes of it, and of course, it's glorious.

For the last few years I have been trying to collect every version of "Dark Star" from the Dead that I could get my hands on, and pound for pound, the ones from 1972 (especially from the European tour and, of course, the majestic Veneta version)  are by far my favorites (with 1973 a close second). That's when they took it the farthest out; they really experimented with it, with its form and with what it could contain. And of course, also, for 1972-73, there was only one drummer...Bill Kreutzmann rules! Mickey Hart is a fine drummer but I so much prefer Bill's looseness and vitality without him.

I am also a huge fan of John Oswald's Grayfolded, which of course is after something different than this, but which achieves a sort of Ur-"Dark Star" that manages to encompass everything they did with it, from all across the time spectrum, while also opening new doors to perception and pointing the way to a future of timeless Dark Stars, always existing in floating and never-ending space.

This mix, on the other hand, just lays it all out there, one jam at a time, extending into its own kind of ten-hour infinity. Yes, I could listen to this forever. At the very least I'll be streaming it whenever I can until I get through it at least twice, and of course I won't give it the attention it deserves....but it'll be on, a lot!

Not surprisingly, lots of Ellington, since I've been plowing through the Teachout biography. Particular highlights for me this week: "Reminiscing in Tempo" and "Diminuendo and Crescendo in Blue" (the original 1937 version). Pictured above is the now out-of-print Italian King Jazz CD for Duke, volume 1 (of 2). Both volumes are excellent, with pristine sound (as are all the King Jazz discs I've heard). Impossible to find, but if you see 'em, snag 'em! 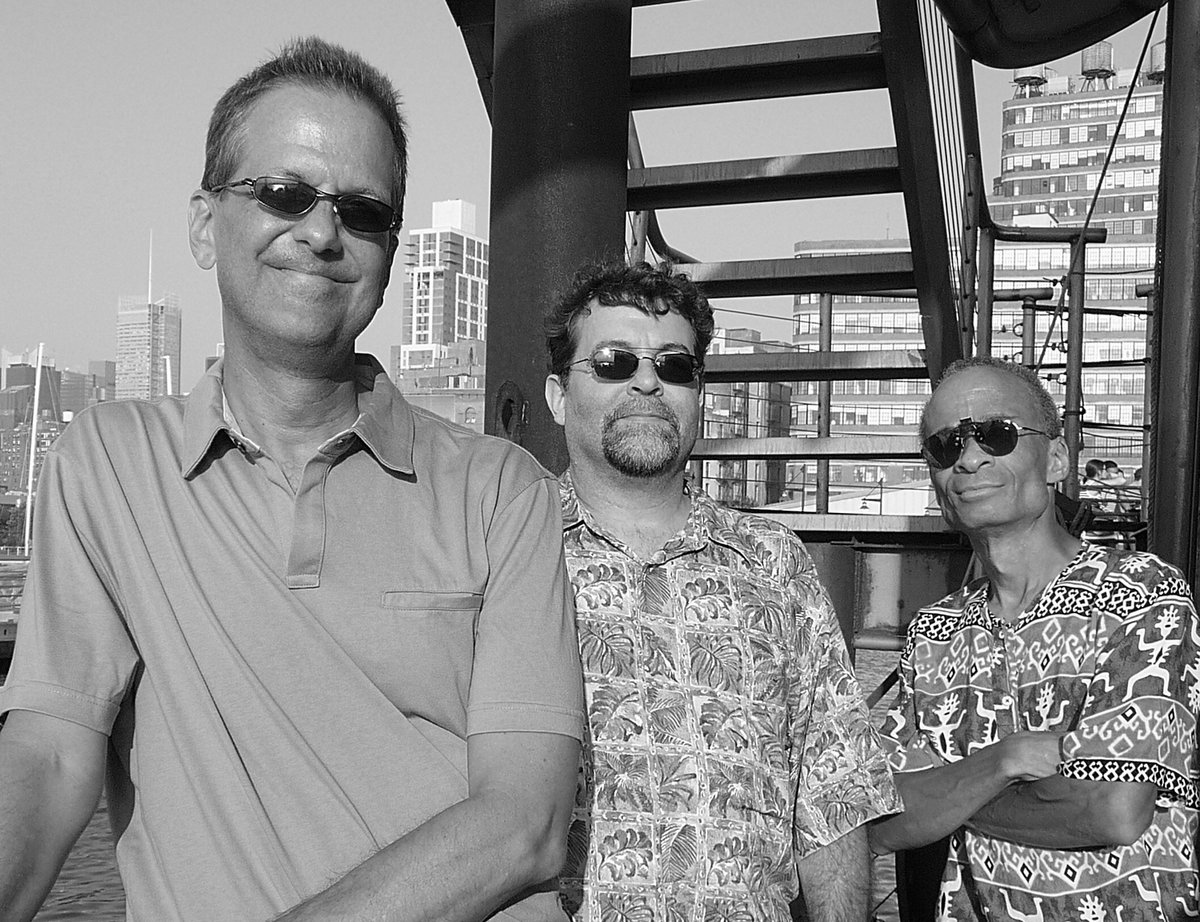 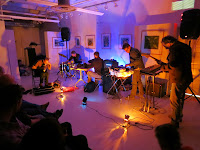 "Two of Richmond Virginia's long standing experimental music groups (Ting Ting Jahe and New Loft) have been mixing and matching the past year to form a 5 piece electroacoustic ensemble leaving a sonic scorched earth in their trail. Miles, Mingus. Madonna, Merzbow, Mamas & the Papas, Marilyn Manson...we really should have a name that starts with an M."

The Vector Trio have been playing together in various incarnations for almost two decades, making free, improvised music in and around the Washington, DC area.

Colla Parte brings together three musicians with deep backgrounds in jazz, classical and contemporary art music to create a unique form of improvised chamber music combining the refinement and intellect of art music with the passion and freedom of jazz. Their newest album is Periplus.

plus:
The LOWER MID-ATLANTIC IMPROVISERS' ORCHESTRA

A conducted, composition-based improvisation featuring all of the above musicians led by Dan Barbiero.

Brought to you by RVA NOISE
Posted by Sam Byrd at 4:11 PM No comments:

Finally got this...excellent showcase for George Lewis: his first released recording and he's wailing! Beautiful playing all around. 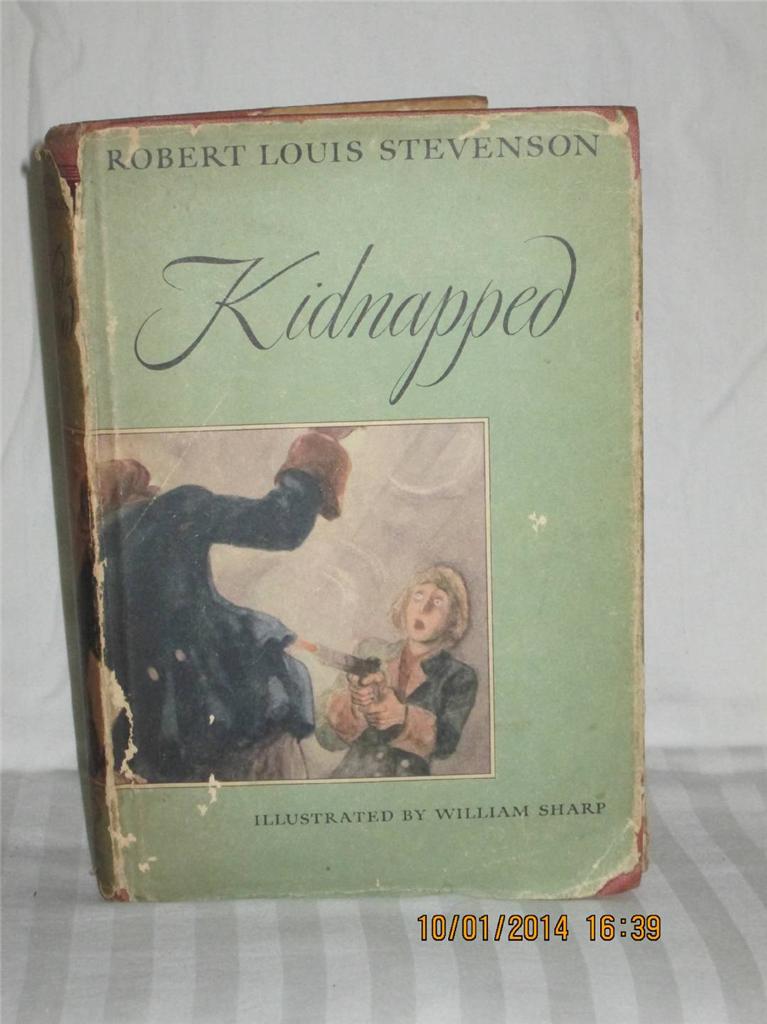 The photo is not my copy (mine's in much better shape!), but this is the same edition I read.

Reading usually precedes writing. And the impulse to write is almost always fired by reading. Reading, the love of reading, is what makes you dream of becoming a writer. (Susan Sontag, "Directions: Write, Read, Rewrite. Repeat Steps 2 and 3 as Needed")