(the) nature (of things) likes to hide 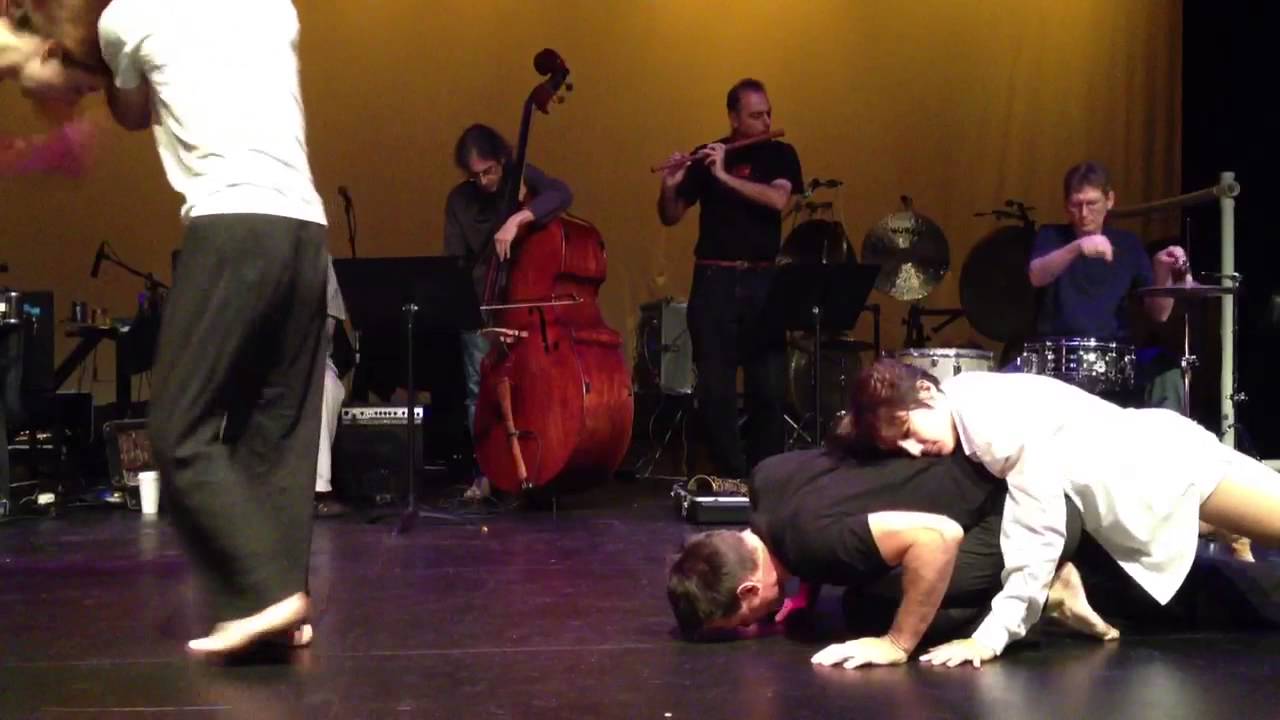 This Saturday I'm excited to be playing as part of the Subtle Body Transmission Orchestra in DC for Nancy Havlik's Dance Performance Group, performing two compositions by the group's musical director Daniel Barbiero.  The show will be at the Josephine Butler Parks Center; details are here. One piece will be a reprise of "Swept Through (Framed)," the piece we played at Sonic Circuits last year. The other is the premier of a new composition, "(the) nature (of things) likes to hide" --you can read Dan's article about it here. It promises to be a challenging and invigorating evening!
Posted by Sam Byrd at 6:07 PM No comments:

Okay, I haven't finished it yet, but I can still safely say this is one of the best non-music-oriented books on the Beatles I've ever read. Lewisohn masterfully juggles the ongoing narratives of not only the four Beatles but also George Martin and Brian Epstein, placing them all in the context of the burgeoning rock scene of Liverpool and Hamburg. Lewisohn conducted hundreds of original interviews for the book, and it shows, with its wealth of detail and just plain Beatles heft. Highly recommended!
Posted by Sam Byrd at 6:32 PM No comments: 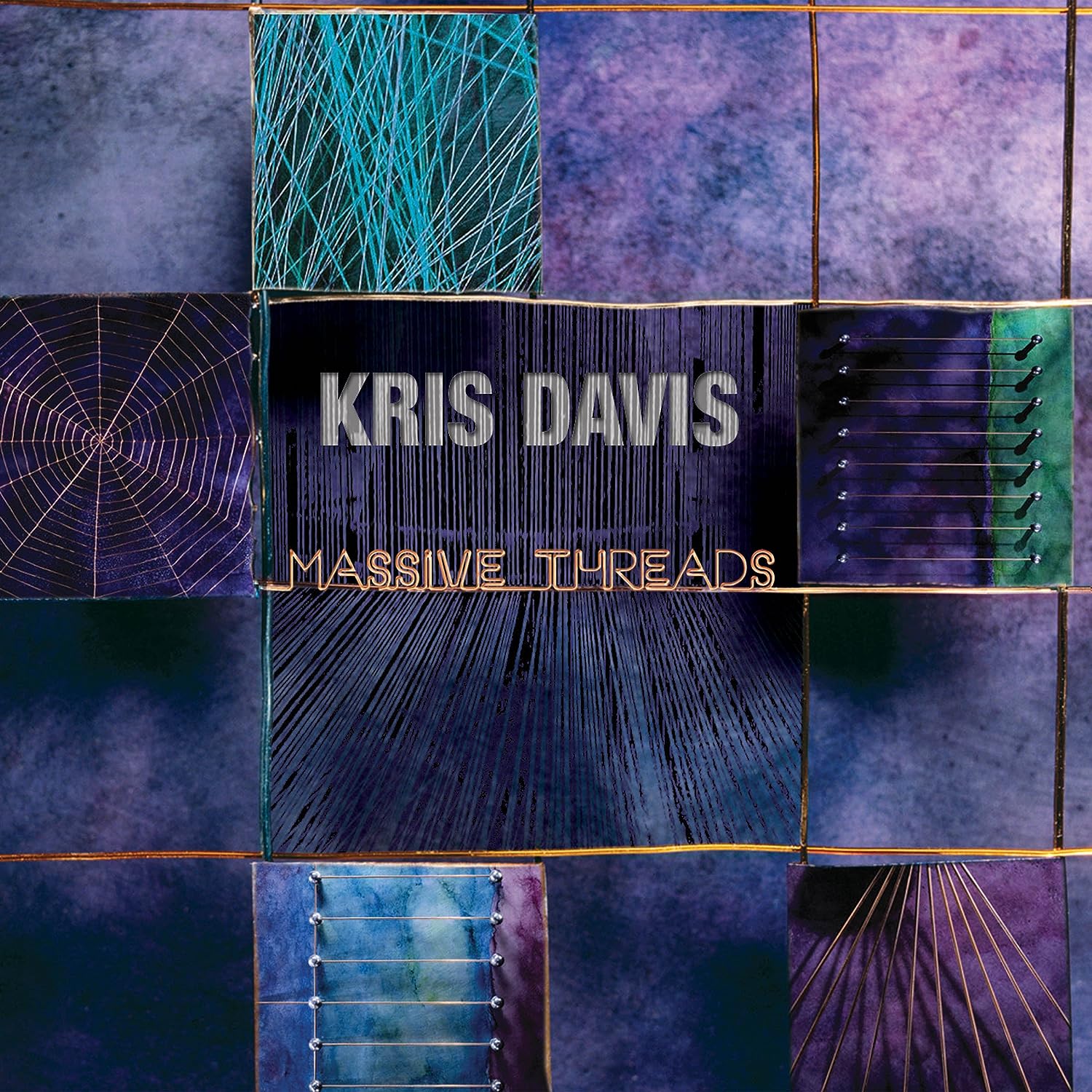 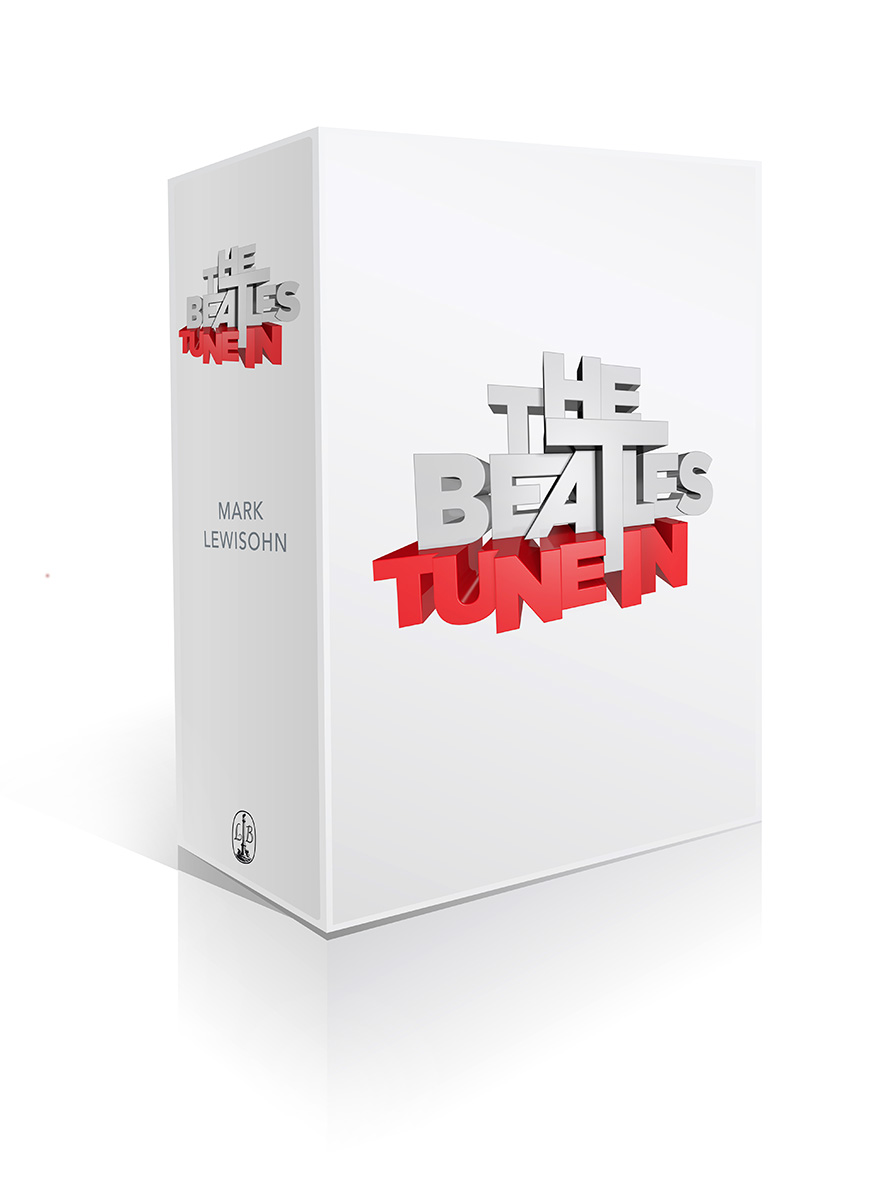 For the past few years, I’ve had a personal project going where I listen to everything I have by a particular artist, in chronological order, at around the rate of  five or six recordings a week.  In 2013 I worked my way through my Charles Mingus recordings, and it was great fun. It confirmed for me that my favorite Mingus album is still the first one I got into, and one of the first jazz albums I ever paid attention to (back in 1966!): Mingus Dynasty.

The mid- to late-’50s was a fantastic period for Mingus. I love all the Debut stuff and am really drawn to the mid-sized ensemble stuff like Dynasty and East Coasting. I deeply love the 1964 European tour, and I’m a huge fan of Eric Dolphy, but I do feel that the shows from that tour too often depend more on virtuosic soloing than on presenting the compositions. Not that I have any problem with virtuosic soloing, especially from Mingus, Dolphy, and Jaki Byard! Far from it. But I just find that while those shows blow me away, I keep being drawn back to the lush Ellington-like orchestrations and voicings of Mingus’ 1956-59 ensembles, that depend more on arrangements and beautiful heart-rending melodies than they do on great jazz soloing. Or maybe I don’t know what I’m talking about, because all the ‘64 performances of “Meditation on Integration” (or whatever he chose to call it at the time--the title changes a lot) are some of my all-time favorite Mingus recordings. Anyway, other (later) favorites include Let My Children Hear Music and Cumbia and Jazz Fusion.


After Mingus, I began working my way through Miles Davis. By the end of the year, I’d gotten up to the 1967 European tour. Big takeaway for me that’s not really much of a takeaway since I’ve already thought it many times before: I don’t understand what the hell Tony Williams is doing! Even when I watch videos of the quintet, he’s just moving so fast and his ideas and execution are occurring at a superhuman rate. Whenever I feel like giving up drumming, the way to do it for me is to try to play along with one of the ‘65-’67 quintet albums. He’s such a brilliant drummer. Beyond the second great quintet, I find that for Miles’s playing I am more drawn to the Blackhawk sessions and to the transitional period documented on the Seven Steps box set than I am to the recordings with Coltrane. As great as he sounded with Trane, I think his playing progressed leaps and bounds after Trane split.

I’ve also been delving into various large ensemble works of Anthony Braxton.  I worked my way through all my Braxton recordings a couple of years ago, and so lately I’ve been digging deeper into some of the big band music he’s done, like Eugene and 4 (Ensemble) Compositions 1992.  In terms of newer Braxton, I am still trying to understand Echo Echo Mirror House. This is where everyone in the band gets an iPod loaded with nothing but Braxton music, and each musician gets to play the Braxton music of their choice along with their own instrument. With ensembles of seven or eight people, it can get quite dense and overwhelming. I listen to a lot of live audience recordings of varying quality, and I like to think I have a high tolerance for bootleggy sound.  I have a couple of cavernous Echo Echo shows from Wesleyan, and they are rough going. I have to say this is one case where the sound quality really makes a huge difference in the experience of the music. The Victo disc is clean and bright, and you can really discern some of the threads of this intricate and challenging music, and I can even sometimes identify pieces from older recordings (mostly it’s so dense and chaotic that it’s hard to pick anything out).  Other Braxton recordings  I find myself returning to a lot are the shows he did with Cecil Taylor in 2007, especially the 2007-06-08 show in London. These are amazing performances. While it seems unlikely that these two giants will play together again (then again, what do I know?), we are so lucky to have these. Braxton continues to keep me on my toes!

I spent a lot of 2013 delving into the music of Daniel Barbiero.  Impeccable, meditative, experimental, his double bass playing and composing can be dark, moody, and always intriguing.  Some fave solo recordings include Haiku 08 and Not One Nor. He has a great album of duets with Jimmy Ghaphery, Hermes' Labyrinth. And I really dig his playing in the more jazzy trio Colla Parte, especially their live recording in DC on 2012-06-21.  I am really looking forward to playing with Dan in February. 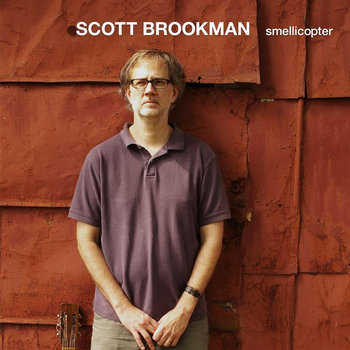 In the realm of pop rock, the highlight for 2013 for me was certainly Scott Brookman’s brilliant Smellicopter.  Another RVA artist, Scott nails it with his strongest album yet. Quirky flavors of High Llamas, Beach Boys, Todd Rundgren, and Brazilian pop all blend together in a wonderful series of strong catchy songs. One of the major appeals of the album is the appearance of Spanish guitarist/vocalist Yani Martinelli (whose own record Bubble Station is another excellent addition to the post-Lllamas soundscape). Bandmate Jimmy Ghaphery contributes sax on a couple of tracks. You can find Smellicopter here and soon on CD Baby.

The Beach Boys box set Made in California was mostly notable for its plethora of unreleased gems (where do they keep coming up with this stuff, and why the hell don’t they just release it all instead of sporadically spreading them out in otherwise redundant best-of collections? Besides money?). The best are Brian’s composition “Why” (sounding more like the High Llamas than the Beach Boys), Dennis Wilson’s "(Wouldn't It be Nice To) Live Again," and the long version of “Meant for You,” with its mindblowing lines about ponies and puppies. OK, whatever! I’ve spent the last few years trying to collect every Dead version of “Dark Star” I could get my hands on. As it stands now, I’ve got almost all of ‘em (most of my gaps are from the ‘80s). This is a song that keeps on giving. I’ve listened to all of them multiple times and I feel like I’ve barely scratched the surface. Right now my personal faves are all from 1972, culminating in what may be the best ever, Veneta August 1972, finally out officially on Sunshine Daydream.

I am so glad to finally have Dark Carpet out on an official release.  Of course I’ve been following them from the beginning, and the released album is their best music yet.  Keep rockin’, guys!

I’ve always spent a lot of time listening to music I’ve played myself. 2013 saw the formation of New Ting Ting Loft, an expansion of our longstanding trio to include two electronic/noise artists, Tommy Birchett and Ben Scott.  I am so loving the new sonic areas we are exploring.  The gigs I’ve done with Dan Barbiero and Nancy Havlik's Dance Performance Group have been deeply satisfying. Dan always comes up with great frameworks for improvising that are challenging and fulfilling.

In 2013 I continued my ongoing project of burning the best stuff from UYA. After finally finishing up going through all the Tad Thaddock cassettes and burning the best tracks, I’ve moved on in earnest to UYA. There are about 400 cassettes to get through, covering 1988 to 1995. So far I’ve gone through about 50 cassettes and am up to 1989. I hope to make more progress on this project in 2014. More about that later.

I’ve been getting my rock/funk/fusion rocks off with a group of guys out in Varina.  No group name, but a really solid collection of players who always push me to the limit. I’d love to see us play live sometime in 2014. Finally, as I’ve mentioned previously, my duo sessions with Rodger Coleman at the end of the year have blown me away. A great capper for the year: 2013 playing, 2014 listening.

There’s plenty more to cover, but let me just close by saying that for 2013, the listening was good. There’s so much great music out there! 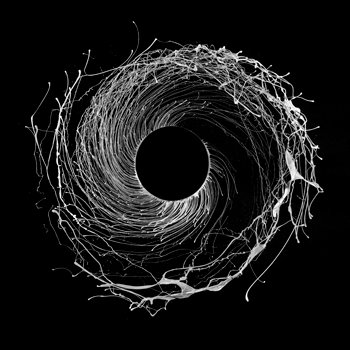 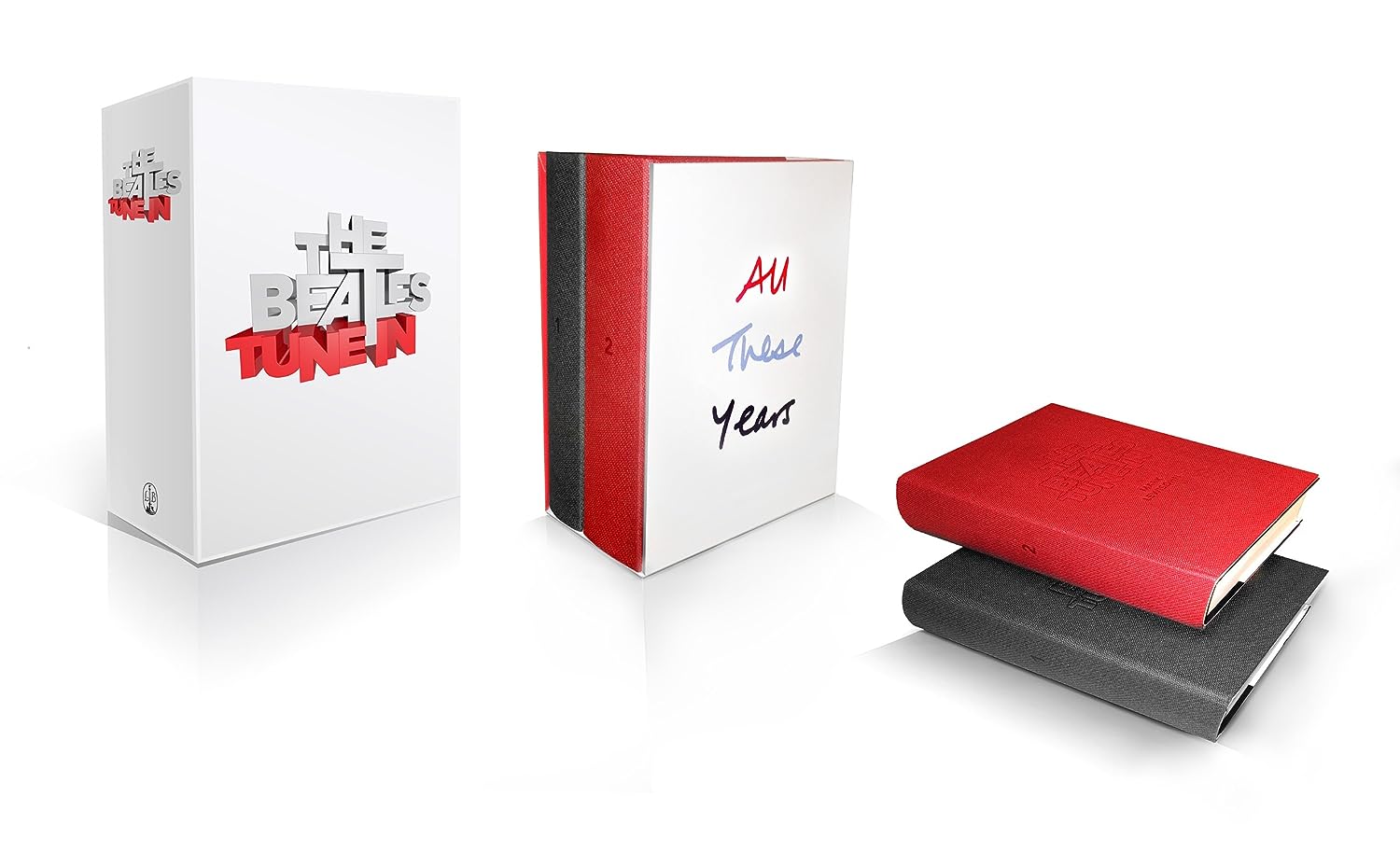 End of the Year 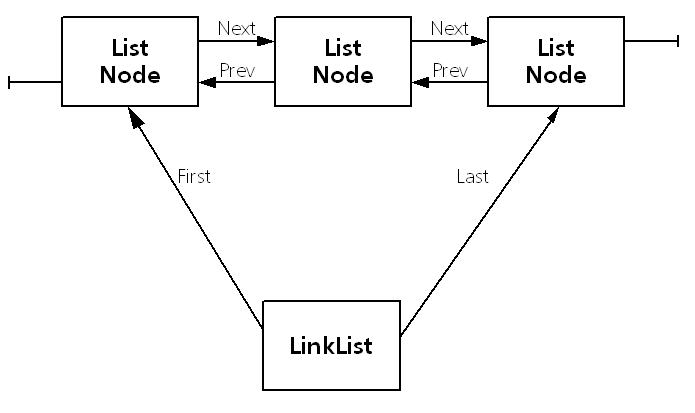 As much as I love lists, I've decided not to compile any "best-of" lists for 2013. I'm basically out of it; I pursue my own interests, and only rarely do they seem to coincide with what comes out in the current year we're in (my book post will have one big exception!). This is another way of saying that I have little to no clue about what's gone on in the past year beyond my immediate, admittedly provincial interests. Instead, I am going to write up some reflections on what I've read, listened to, and watched the previous year. "End-of-the-year" lists are arbitrary anyway, but I do think marking the passage of time in some way is useful, and this time of year is as good a time as any.  So, keep an eye out for some posts that will outline what I've enjoyed in 2013--nothing deep here; just skimming. In the meanwhile, enjoy Eight Reasons Why We Love End-of-the-Year Lists.
Posted by Sam Byrd at 12:12 PM No comments:

Email ThisBlogThis!Share to TwitterShare to FacebookShare to Pinterest
Labels: lists I copped the picture from Rodger's blog. We had a fantastic time playing over two hours of music in his newly refurbished studio over the holidays. As always, Rodger played piano brilliantly, chock full of ideas and brimming with dexterity and energy.  And as always, he kicked my butt and made me play far beyond my capacity.  For the studio, he's got a brand new Gretsch set and a pair of beautiful Zjildians. I augmented it with my snare and my suitcase of toys, and with the two overheads, one snare mic and one in the bass drum, Rodger got a crystal-clear drum sound that fills the room. A truly inspiring couple of sessions---thanks so much, Rodger!!! The rough mixes of the pieces sound incredible; I'm looking forward to hearing what he does with 'em!