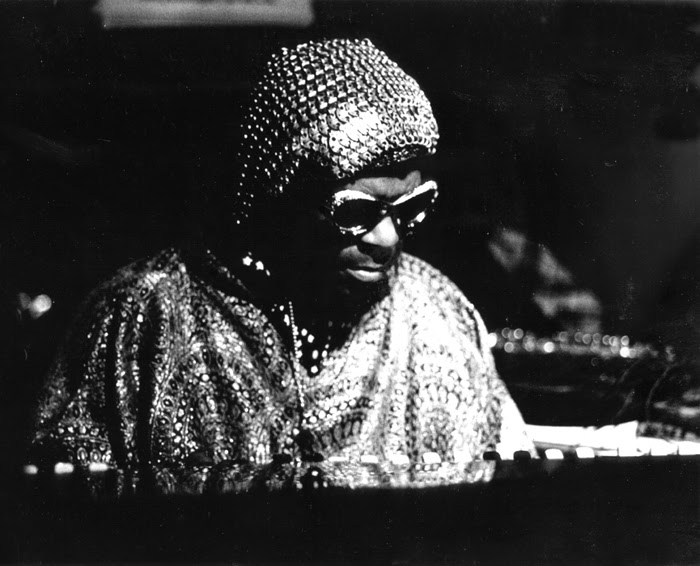 2014 has been the centenary of Sun Ra's earthly arrival, so there's been a lot of web activity acknowledging this event.  It's been nice to see the attention, as sporadic as it ultimately turns out to be (in spite of nothing really ever going away anymore, the web has a short attention span). If you're on the Saturn listserv, you've already seen a lot of these, but I thought I'd put together some of the best of these recent pieces.

Three of the best overviews have appeared in the Guardian, in South Side Weekly, and on the NPR jazz blog. An excellent in-depth history of Ra's early years on earth (in Birmingham, Alabama) appears in a four-part series with new research and rare photos, The Magic Citizen, by Burgin Mathews. Some nice overviews of Ra's oeuvre include the ones from Perfect Sound Forever (Part I and  Part II), Fact, and, focusing on the '70s, NPR.

What's really amazed me is the acceleration of new Ra releases over the last decade. Surprises keep on coming. With the advent of the iTunes Ra remaster program, there's been a bounty of unreleased nuggets from all across his career. Christopher Eddy and Stephen Antonelli's excellent blog Sun Ra Arkive has done an excellent job of keeping track of the new releases, even going so far as to put out mastering comparisons of every known version (original Saturn vinyl, Evidence CDs, vinyl reissues, iTunes versions) of many of the tracks: here, here, and here.

The Sun Ra Arkive also featured an excellent interview with Irwin Chusid, administrator of the newly incorporated Sun Ra LLC, who has worked closely with Sun Ra archivist Michael Anderson ("the Good Doctor") on the reissue.

A nice compendium of links appears here, and a fascinating finding aid details many of the yet-to-be-released treasures from the collection amassed by John Corbett in Chicago, The Sun Ra/El Saturn Collection, sound recordings and other material, 1950-1993. Tantalizing.

Finally, at some point, there will hopefully be content at the new Sun Ra.com site, which claims to be "a full clearinghouse of information about the world's foremost Afro-Futurist Genius." That remains to be seen; we can only hope! In the meanwhile, there is still the amazing backlog of writing about Sun Ra by Rodger Coleman, collectively known as Sun Ra Sunday. Happy listening!
Posted by Sam Byrd at 3:46 PM No comments: 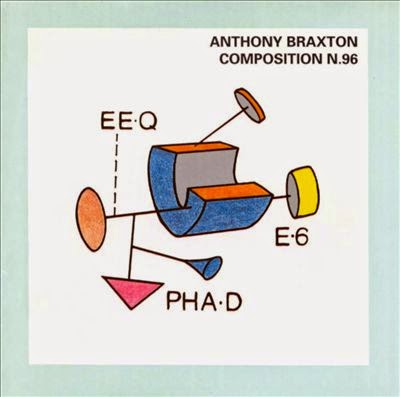 Snagged a used copy from the UK! More on this in weeks to come.... 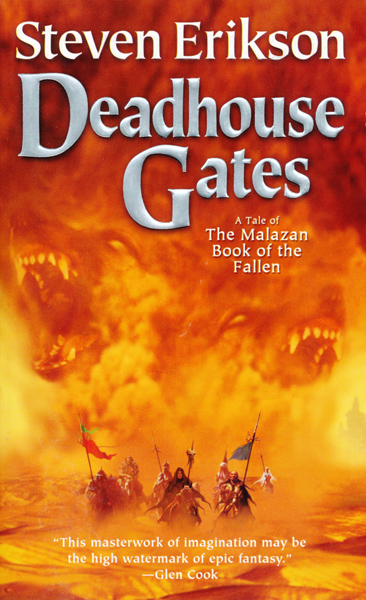 One of the strongest books in the series. A real roller coaster! 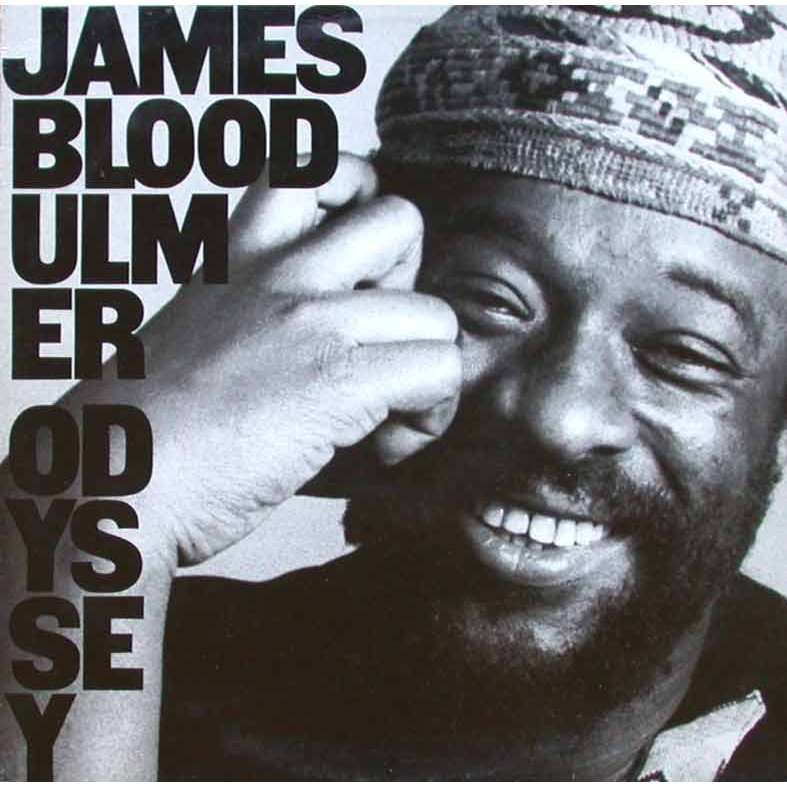 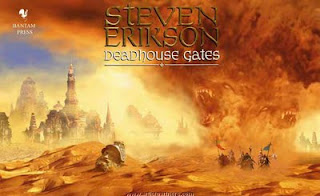 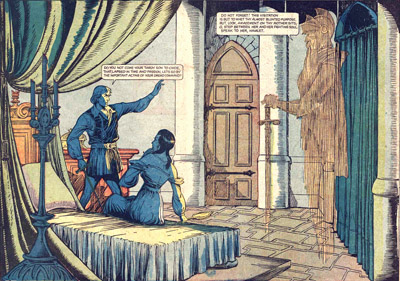 I have been thinking lately about the act of rereading, especially after finishing Patricia Meyer Spacks's thoughtful book On Rereading.  I decided to go back through my listing of all the books I've read and see which ones I've reread the most. (Yes, I keep a tally, with hash-marks.) While I don't do nearly as much rereading as I do first-time reading, I find that I have done a fair amount of it, enough to make this interesting to me. It turns out there are a fair amount of second- and third-time rereads in my list. I guess being an English major trained me in the practice, and I've known for years that rereading is really enjoyable, and, for the best of works, essential.

Hamlet by William Shakespeare. Makes sense, as this is my all-time favorite Shakespeare play.

After that, the reread amounts drop off.

...there's something of a pattern here. But it spreads out a bit with the next number:

The ringer here is the 007 book! I won't list out all the books I've read three times; the list consists mostly of the remainder of Shakespeare and the rest of the James Bond books (I got started on both of those authors pretty early). Other notable 3-time reads:

As for books I've read twice, there are too many to mention.

Rereading list to get to (from my old reading plan):

I am currently rereading Erikson's Malazan Book of the Fallen.  After that, who knows?
Posted by Sam Byrd at 11:48 PM No comments:

I seem to be on a piano kick. I need to explore more Marilyn Crispell! This is an offshoot of my excursions into Braxton's great quartet, spurred on by my reread of the excellent Forces in Motion (more thoughts on that to come...). 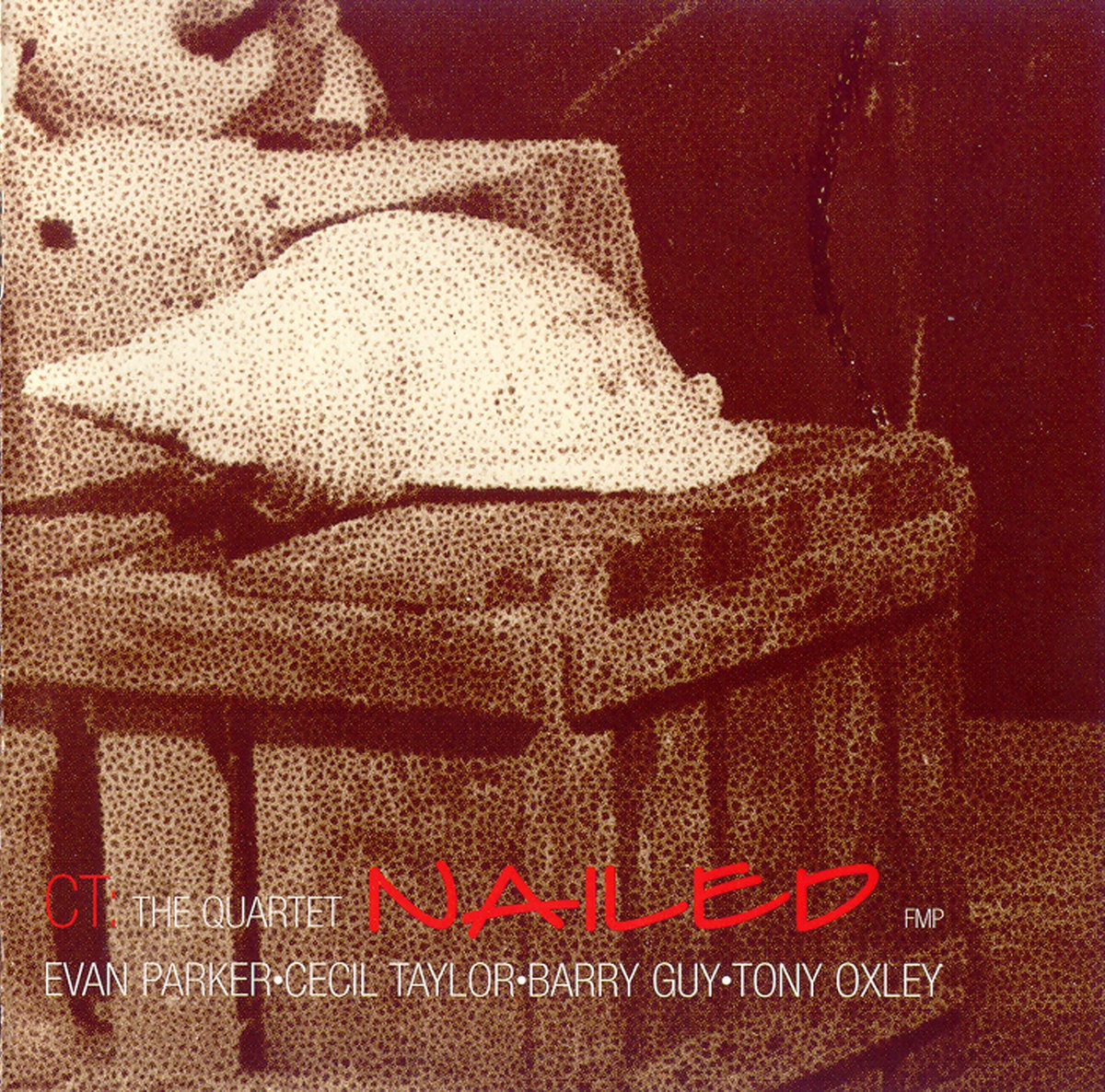 I have finally started my reread of the Malazan Book of the Fallen, the 10-volume high fantasy series by Steven Erikson (augmented by Ian C. Esslemont's 6 novels). It's a massive undertaking (we're talking well over 10,000 pages here!), but I know what I'm getting into. It's a densely-written, poetry-packed, brutally challenging series that manages to overturn tired fantasy cliches while affirming what is best about the best fantasy, from Homer to George R.R. Martin: adventure, imagination, complex plotting, military extravaganzas, and a strong evocation of a mysterious and unknowable universe of gods and, for lack of a better term, magic. Marvelous characters, some of the best battle scenes and individual fight scenes ever written, and wonderfully evoked moods, scenes, and philosophical ramblings: Malazan is all of this, and more. Erikson can write, and he brings a finely-honed poetic sensibility to every one of these novels. I started these when only the 4th or 5th one was out, and I was worried that he wouldn't be able to pull it off. If he'd taken 7-8 years between each volume, well, I wouldn't be writing this. Fortunately he finished it, and I am thrilled to now return and go through the whole thing all at once. I am also following along with the Malazan Reread of the Fallen, which is still going on (and has been since 2010!), so I'll be steeped in Malazan for quite some time.

I found two really good introductions to the series on Goodreads: here and here. Both of these reviews really give a good sense of the depth and heft of Erikson's achievement, as well as an acknowledgement of the frustration and puzzlement many readers experience when attempting to get into the series. I get the sense that many people give up after (or during) the first book in the series, and I understand why: Malazan is not easy reading. It doesn't flow like Tolkien or satisfy like Martin. It challenges, it puzzles, it frustrates, yes, but its rewards, once you get immersed in its universe, are stronger and more mind-blowing. If you are at all intrigued, take a look at those two reviews, then try this list, then trust me and read at least the first 2 1/2 books. Then we'll talk.
Posted by Sam Byrd at 5:14 PM No comments:

So now I'm going to quote myself, from my older post of thoughts about perfect jazz recordings :


Years ago, there was a similar discussion somewhere about great jazz albums of the '70s, and I put together my own list and posted it on New Loft's old Myspace page. I went back to the Myspace graveyard to see if it was still there; they've revamped the site, and while some of our old content is still there, it looks like they blasted the blog portion. So I need to do some archaeology and find out if I've got that list floating around anywhere (hopefully with some link back to the original list that prompted it--it may be been some jazz board discussion).

Turns out it wasn't that hard at all to find it in my old files. The list was made back in 2006, as a response to an article/list by Ethan Iverson on great jazz records issued between 1973 and 1990. (That original article is no longer available on the web; at least, the link I had for it is dead, and the Wayback Machine from archive.org didn't have it either. However, in my 2006 post, I also referenced two other responses, which are still available and are quite nice: Night After Night's, and Darcy James Argue's.)

It looks like I was restricting myself to vinyl, as you can tell from my older comments:


I've been enjoying the discussion of great jazz recordings from 1973 to 1990 that's been going on recently in various blogs. It started here, at "Do The Math": http://thebadplus.typepad.com/dothemath/2006/08/ethan_iversons_.html Then he asked for more, and got tons of responses, including these: http://thebadplus.typepad.com/dothemath/2006/09/responses_vol_3.html ...Unfortunately, he closed down the invitation before I got a chance to respond! Well, since I love lists, and I also have a lot of vinyl from this era, when I really started getting into jazz in earnest, I'm just gonna go ahead and post my list here. I am not gonna have enough time to write comments on every single album, and this list is far from complete, it's just some faves. And it's vinyl only, and since I've sold a fair amount of records over the years as I've gotten them on CD (heresy? yes, probably), it's really far from complete. As you can see, my list starts to taper off in the mid-'80s, because that's when I started buying more CDs.

From my 2014 eyes, what'd I leave out? Miles, Pangaea and Agharta.  Not sure how that happened, since I was way into those albums when they first came out. Oh, well, the beauty of lists....