New Ting Ting Loft will be playing this Sunday, July 1, at a show for RVA Noise, at Strange Matter, opening for To Live and Shave in L.A. (pictured above). Not sure where we are in the lineup (except that we won't be last)---we're actually lobbying to go on first so it won't interfere with our bedtimes--we ain't youngsters any more. I'll be playing a reduced kit (for portability). I am looking forward to checking out the headliners; one of their recordings features Matt Mitchell. Should be a blast!

There's a Facepook page for the show, and details are below:

RVA NOISE Presents:TO LIVE AND SHAVE IN L.A. (Earth)http://www.toliveandshaveinla.com/https://toliveandshaveinla.bandcamp.com/w/ special guests:NEW TING TING LOFT (RVA)http://worldofabstractdreams.blogspot.com/2015/01/new-ting-ting-loft-short-retrospective.htmlAnd local support by:OOZING MEAT (RVA)https://chaoticnoiseproductions.bandcamp.com/album/oozing-meat-splatter-high-cassetteFUK U / IDIOT (NYC/RVA)DJ RAT-WARD (RVA)http://ratward.blogspot.com/Sunday July 1st, 20188PM Doors // 9PM Sounds$5 // 18+ "TO LIVE AND SHAVE IN L.A. is an experimental music collective founded in 1993 by avant-garde composer/producer Tom Smith (formerly of Washington, DC groups Peach of Immortality and Pussy Galore) and Miami Beach musician/producer Frank "Rat Bastard" Falestra. The group's primary aesthetic assertion posits that "genre is obsolete". Although often categorized as purveyors of noise music, TLASILA have been noted to pursue an unorthodox approach, "construct(ing) songs around an overwhelming plethora of sonic detail, challenging the listener to engage with a surfeit of information,"deliberately blurring "the line between harsh metal-on-metal noise and abstract musique concrète" Smith's lyrics "distance" the group "from any potential peers," "scanning like (they) came from some previously unearthed hermetic treatise." They'll be accompanied by NEW TING TING LOFT from Richmond, Virginia, playing an aggressive blend of improvised music with a 20 year history of troubled and adventurous aesthetics. filling out the bill will be OOZING MEAT, NYC/RVA act FUK U / IDIOT and soundscapes provided by DJ RAT WARD!
Posted by Sam Byrd at 10:59 AM No comments:

Great interview with Andrew Cyrille on playing with Cecil Taylor:


Toward the end of the time I played with him, we went to Japan. It was just Jimmy, Cecil, and myself. We played what we played. We played duets. We played trios. This is my own feeling, but you can make music with anybody. You don’t have to have a set formula like trumpet, saxophone, bass, piano. That’s okay, but you don’t have to have that. As you play, the music becomes so substantial that you don’t even miss the other voice until it gets there and then it adds to the mix. Music comes from the inside out, not from the outside in. [emphasis mine] 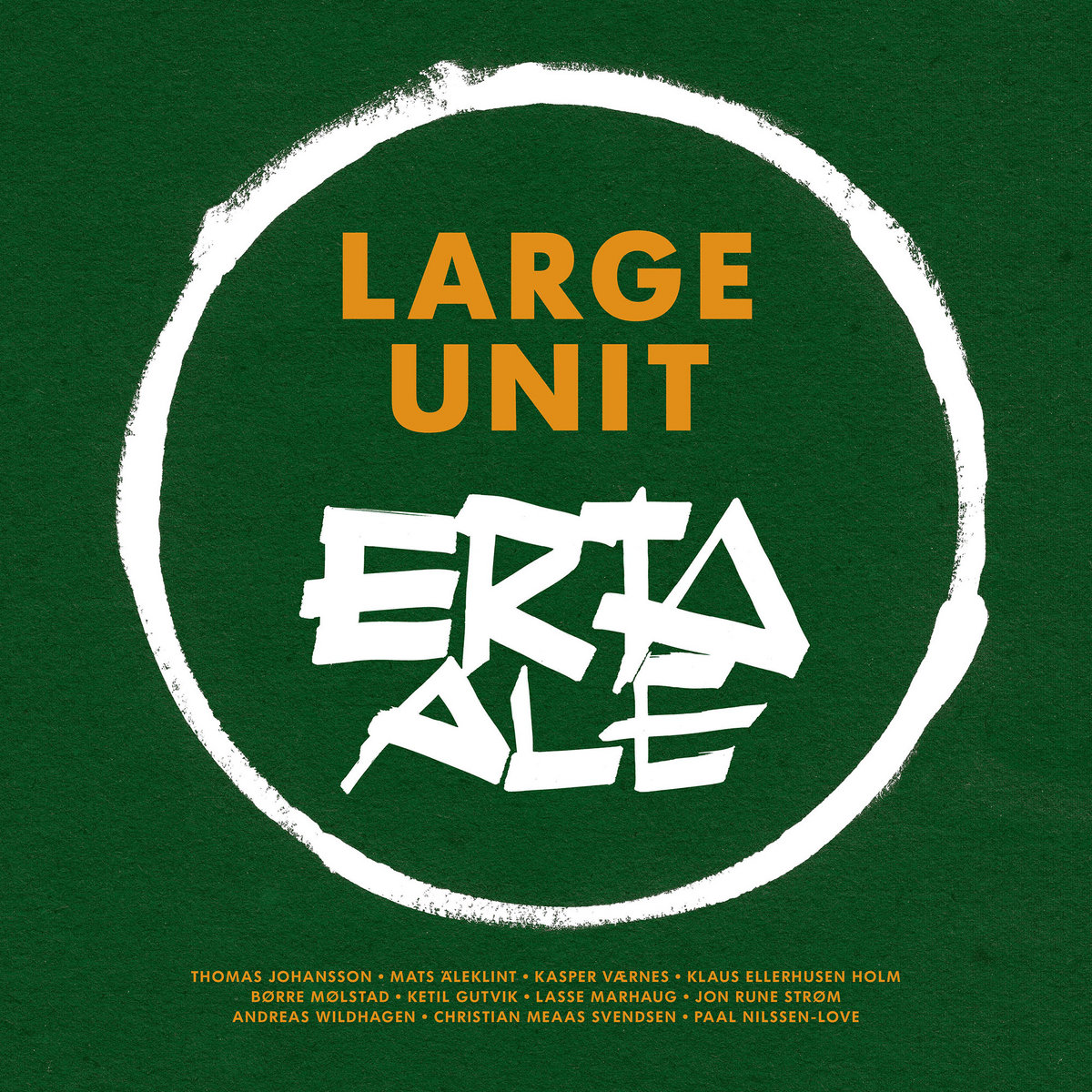 Listening all over the place, as usual... maybe sometime I'll try just sticking to one artist for a whole week just for the hell of it... Really digging the Large Unit set with Marshall Allen from Philadelphia the night after I saw them here in Richmond... he fits right in... went back to Paul Bley's Barrage with Marshall Allen (and Milford Graves!) and enjoyed it much more this time around... I was for whatever reason less than taken the first few times I heard it.. but Allen's playing is so spot on, taking it really out relatively early (1964) in the sixties free jazz vein... The 1991 AMM set was a quartet, with the late Lou Gare... the more I explore AMM, the more I realize just how varied and deep their explorations are... longer-time fans than me already know this, of course... After revisiting Pharoah Sander's Karma, I realized why I hadn't gone back to it much over the years... it's boring... 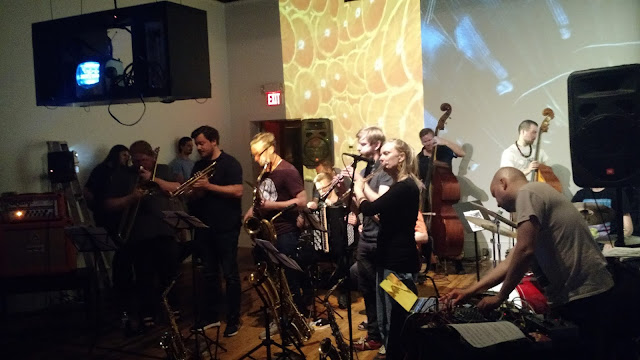 Caught Paal Nilssen Love's Large Unit at Black Iris (RVA) over the weekend, and it was amazing... loved the double drummer interplay, the electronics, the accordion, the energy, the grooves... just fantastic... Still working my way through several different groupings of electronic-related music... And still absorbing outflows from Big Ears (broken record, this, but there was just so much great music there, sending me down many different paths)... And still re-exploring and reveling in the music and spirit of Cecil Taylor... this, of course, will continue for the rest of my life... 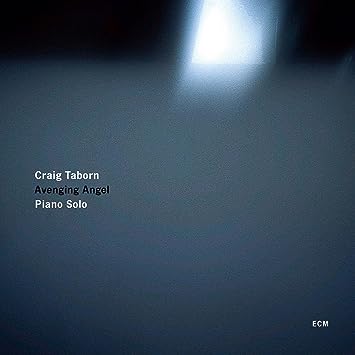 Craig Taborn's Avenging Angel is rapidly becoming one of my favorite solo piano recordings... In my ongoing exploration of wonderful piano players, I really need to hear more Agustí Fernández... I know him mostly from his fantastic playing on several Barry Guy large ensemble recordings... I also love that trio recording with Joe Morris and Nate Wooley... Just for the hell of it, these are the pianists that are currently on my mind: Cecil Taylor (always and forever!), Craig Taborn, Agustí Fernández, Kris Davis, Marilyn Crispell, Muhal Richard Abrams, Bud Powell, Paul Bley, Matt Mitchell, Teddy Wilson, and of course Sun Ra (always and forever!)... Wonderful to hear the Braxton Zim Sextet fresh out of London... The new Roscoe Mitchell/Montreal-Toronto Art Orchestra CD is absolutely great... like Discussions before it, it has re-arrangements and re-imaginings for large ensemble of several of the trio improvisations featured on the two Conversations discs (with Craig Taborn and Kikanju Baku)... this approach is proving to be quite fruitful for Mitchell... I hope he continues to mine his improvs in this way... 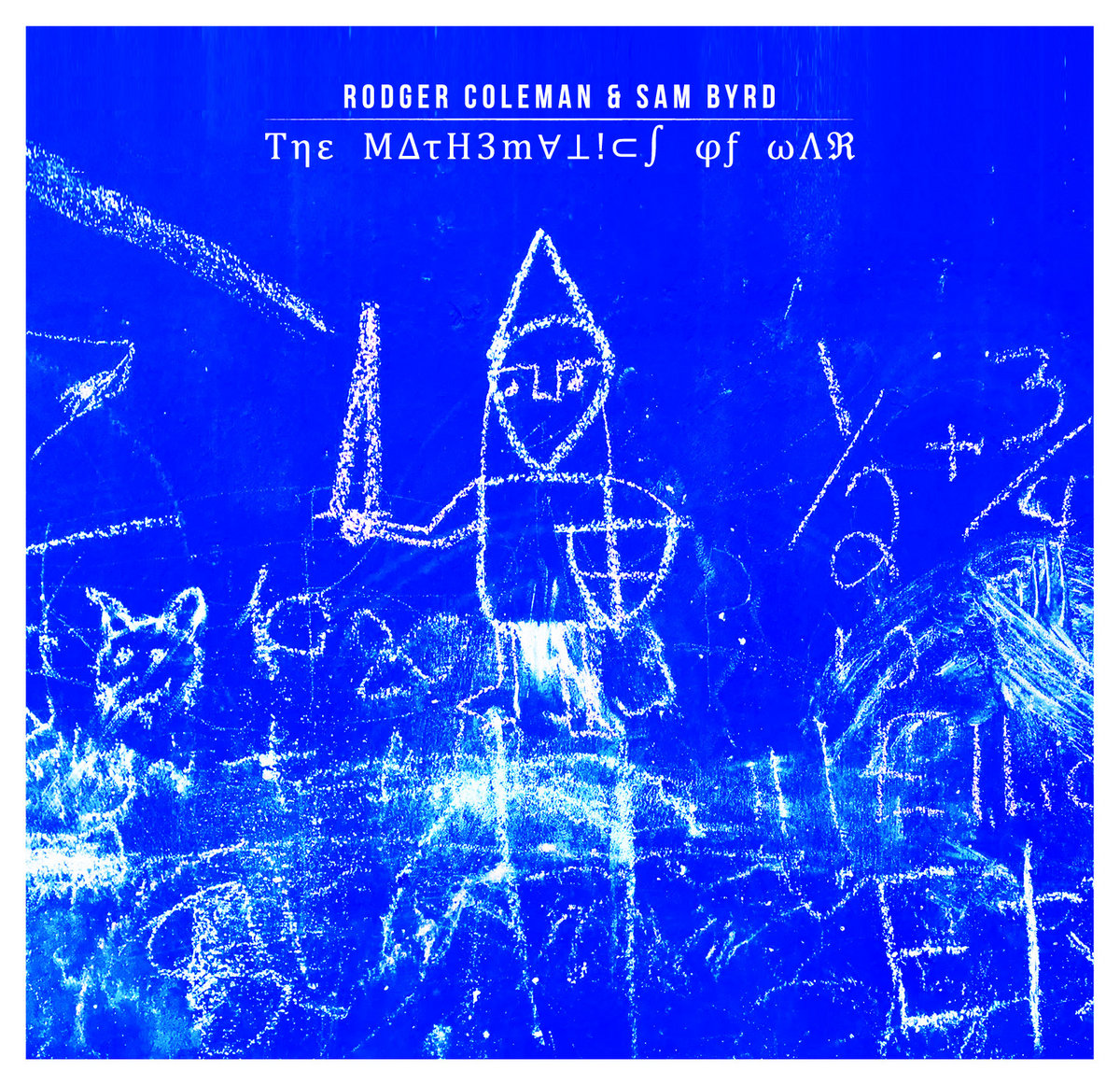 I'm pleased to announce the release of our newest sonic adventure: The Mathematics of War. It's available digitally and as a limited-edition CD (physical discs out next week, I'm told!). It's some of the darkest and densest stuff we've done. All improvised, no overdubs, the usual highest standard of engineering and mastering by Rodger, and spectacular artwork and design from Jeff McLennan and James Buttery, who did such wonderful work on our previous release Who Doesn't Fade? Check out the new release, and others from our catalog, on Bandcamp... and let me know what you think!

From our press release:

Continuing to take the psychic temperature of a world gone mad, long-time musical
compatriots Rodger Coleman and Sam Byrd return with their latest CD, The Mathematics of
War, a turbulent sonic landscape reflective of the 21st Century’s frightening surreality. With
Coleman wielding an increasingly vast array of electronic instruments, gadgets, and loops
pitted against Byrd’s battery of drums, percussion, and samples, the album makes a viscerally
brutal statement of force and conflict that is anything but easy listening.

While all three freely improvised tracks are darkly ruminative, a wide variety of sounds and
textures arise and fall away amidst the din, with hints of rock’n’roll’s radical redemption or the
deceptive calm of New Age synth drones providing a fleeting sense of false comfort, like
distant mirages in a vast, parched desert. And yet, for Coleman and Byrd, their music is
ultimately an expression of freedom and positive energy in the face of forces that would seek to
constrain them. “That’s what makes it related to jazz,” declares Coleman, “even if it doesn’t
sound like what most people think of as ‘jazz.’”

They didn’t set out to make an overtly ‘political’ record; according to Coleman, “the title was
derived from the cover photograph by Jeff McLennan which he called, ‘The Mathematics of
War in The Schoolyard,’ an extremely powerful image that dictated the rest of the visual
concept.” Even so, the music manages to live up to its packaging. “The album can definitely
be seen as a mental reaction to a renewed sense of angst and unrest around the world,” says
Byrd. “When they push that button, your ass gotta go!”

“I’m particularly pleased with how the CD jacket came out,” exclaims Coleman. “It is such a
pleasure to work with these fine folks all over the globe, like Jeff in Canada and James Buttery
in New Zealand. The end result goes far beyond anything I could have imagined on my own
and really makes it something special.” Rob “EoLoVoX” Clark, a college math teacher in
Wisconsin, was brought on board to help with the mathematical symbols and provided the
cryptic equation that appears throughout the artwork. As it turns out, physicist Sean Gourley
did some research on wars and found that just about all of them can be summarized in a single
formula: P(x) = Cx-a. “How’s that for The Mathematics of War?” quipped Clark.

The sheer length and unrelenting intensity of the tracks once again precluded a vinyl release —
in fact, the last track (“Zero Sum Game”) had to be edited to fit the album onto a single CD
(though the full-length track will be available for download on BandCamp). “I love vinyl,” admits
Coleman, “but it just doesn’t make sense with this music. Besides, I think CDs can sound very,
very good.” Engineered by Coleman in his home studio, you can hear for yourself on The Mathematics of War.
Posted by Sam Byrd at 2:56 PM No comments:

Email ThisBlogThis!Share to TwitterShare to FacebookShare to Pinterest
Labels: music, Rodger Coleman, The Mathematics of War Everything blossoms out from everything else... I was blown away by Craig Taborn at Big Ears, and I keep thinking about his playing, there, so I have been exploring his music, which leads to Lotte Anker, Drew Gress, Tim Berne, Tom Rainey... and then I think of Kris Davis, which leads to Ingrid Laubrock, Mary Halvorson, and doubles back to Tom Rainey... which makes me think of David Torn, which of course leads back to Craig Taborn... and this is just one relatively small circle of connections... all this while exploring early electronic music, music for dance by Cage and Tudor, and AMM... Throw in Jefferson Pilot and Roscoe Mitchell... and ..I love how music coalesces and coexists in my brain, even as I have difficulty keeping it all there...and somehow all this listening helps inform and influence my own playing even as I recognize that my style, such as it is, has little if anything to do with most of what I listen to... I am not that technically adept and do not often find myself in the kinds of settings of the music I listen to... but the settings I create along with others are definitely informed by what I listen to, however obliquely... You are what you eat... 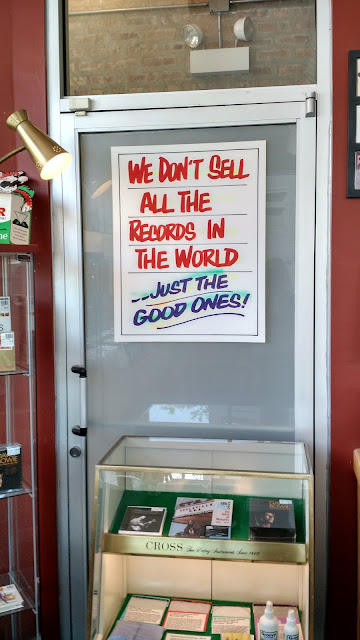